Foreword to "SDN: A Systems Approach"

We were delighted to receive the foreword for our recent book Software-Defined Networks: A Systems Approach from SDN pioneer Nick McKeown. It is reproduced below. Also, if you're the sort of person who likes physical books, you can now purchase a print edition of this book on Amazon. 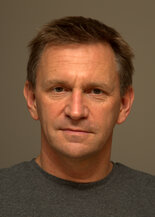 I got goosebumps when I saw the first Mosaic web browser in 1993. Something big was clearly about to happen; I had no idea how big. The Internet immediately exploded in scale, with thousands of new ISPs (Internet Service Providers) popping up everywhere, each grafting on a new piece of the Internet. All they needed to do was plug interoperable pieces together—off-the-shelf commercial switches, routers, base-stations, and access points sold by traditional networking equipment vendors—with no need to ask permission from a central controlling authority. The early routers were simple and streamlined—they just needed to support the Internet protocol. Decentralized control let the Internet grow rapidly.

The router manufacturers faced a dilemma: It’s hard to maintain a thriving profitable business selling devices that are simple and streamlined. What's more, if a big network of simple devices is easy to manage remotely, all the intelligence (and value) is provided by the network operator, not the router manufacturer. So the external API was kept minimal (“network management” was considered a joke) and the routers were jam-packed with new features to keep all the value inside. By the mid 2000s, routers used by ISPs were so complicated that they supported hundreds of protocols and were based on more than 100 million lines of source code—ironically, more than ten times the complexity of the largest telephone exchange ever built. The Internet paid a hefty price for this complexity: routers were bloated, power hungry, unreliable, hard to secure, and crazy expensive. Worst of all, they were hard to improve (ISPs needed to beg equipment vendors to add new capabilities) and it was impossible for an ISP to add their own new features. Network owners complained of a “stranglehold” by the router vendors, and the research community warned that the Internet was “ossified.”

This book is the story of what happened next, and it’s an exciting one. Larry, Carmelo, Brian, Thomas and Bruce capture clearly, through concrete examples and open-source code: How those who own and operate big networks started to write their own code and build their own switches and routers. Some chose to replace routers with homegrown devices that were simpler and easier to maintain; others chose to move the software off the router to a remote, centralized control plane. Whichever path they chose, open-source became a bigger and bigger part. Once open-source had proved itself in Linux, Apache, Mozilla and Kubernetes, it was ready to be trusted to run our networks too.

This book explains why the SDN movement happened. It was essentially about a change in control: the owners and operators of big networks took control of how their networks work, grabbing the keys to innovation from the equipment vendors. It started with data center companies because they couldn’t build big-enough scale-out networks using off-the-shelf networking equipment. So they bought switching chips and wrote the software themselves. Yes, it saved them money (often reducing the cost by a factor of five or more), but it was control they were after. They employed armies of software engineers to ignite a Cambrian explosion of new ideas in networking, making their networks more reliable, quicker to fix, and with better control over their traffic. Today, in 2021, all of the large data center companies build their own networking equipment: they download and modify open-source control software, or they write or commission software to control their networks. They have taken control. The ISPs and 5G operators are next. Within a decade, expect enterprise and campus networks to run on open-source control software, managed from the cloud. This is a good change, because only those who own and operate networks at scale know how to do it best.

This change—a revolution in how networks are built, towards homegrown software developed and maintained by the network operator—is called Software Defined Networking (SDN). The authors have been part of this revolution since the very beginning, and have captured how and why it came about.

They also help us see what future networks will be like. Rather than being built by plugging together a bunch of boxes running standardized interoperability protocols, a network system will be a platform we can program ourselves. The network owner will decide how the network works by programming whatever behavior they wish. Students of networking will learn how to programme a distributed system, rather than study the arcane details of legacy protocols.

For anyone interested in programming, networks just got interesting again. And this book is an excellent place to start.

For your security, we need to re-authenticate you.